Time for an update I think.

The last thing I wrote here about this project was regarding the apron design.
I have not solved that problem yet, but many others… 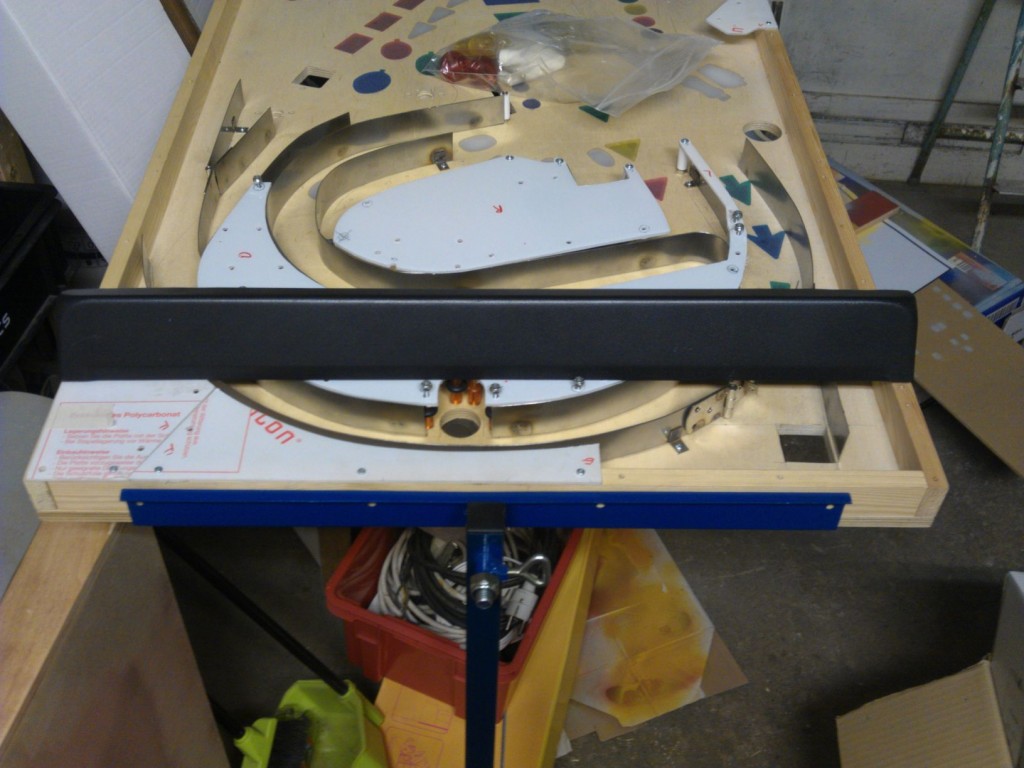 I ordered a widebody lockdown bar, only to realize that the playfield is too wide (super-widebody, anyone?), so I’ll have to cut that one up and lengthen it at some point in the future.
I considered making a new playfield, but I eventually opted to keep this one. 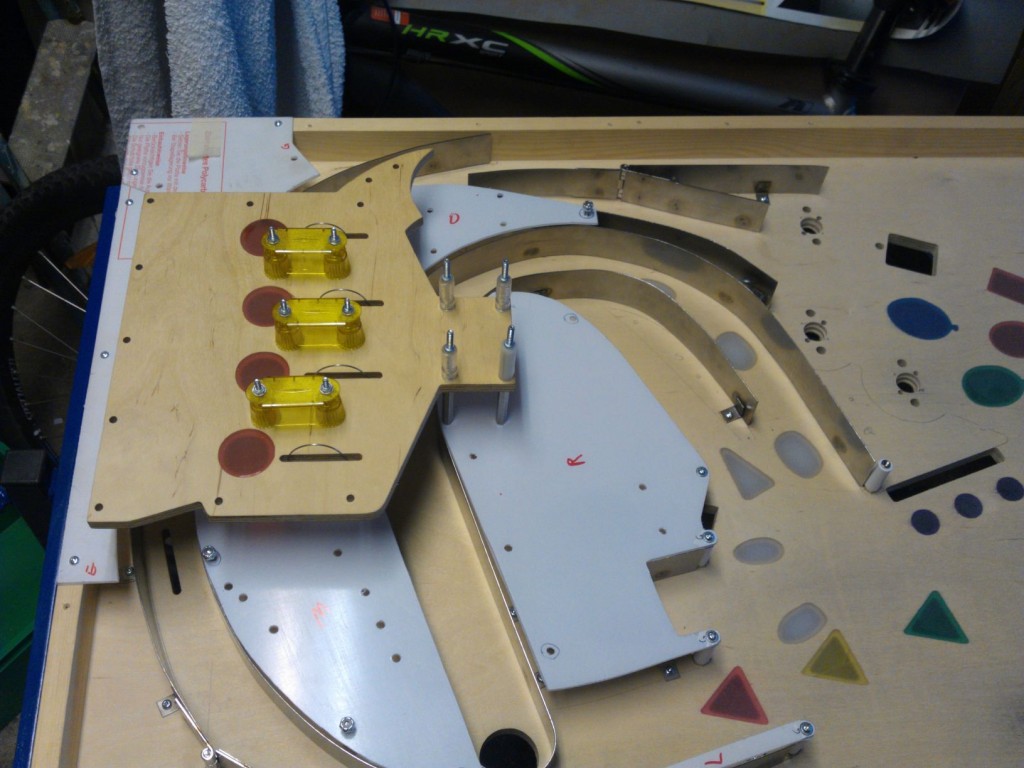 Mounted the upper playfield temporarily.
The lane dividers have been replaced with yellow Williams-style ones, I think they look better… 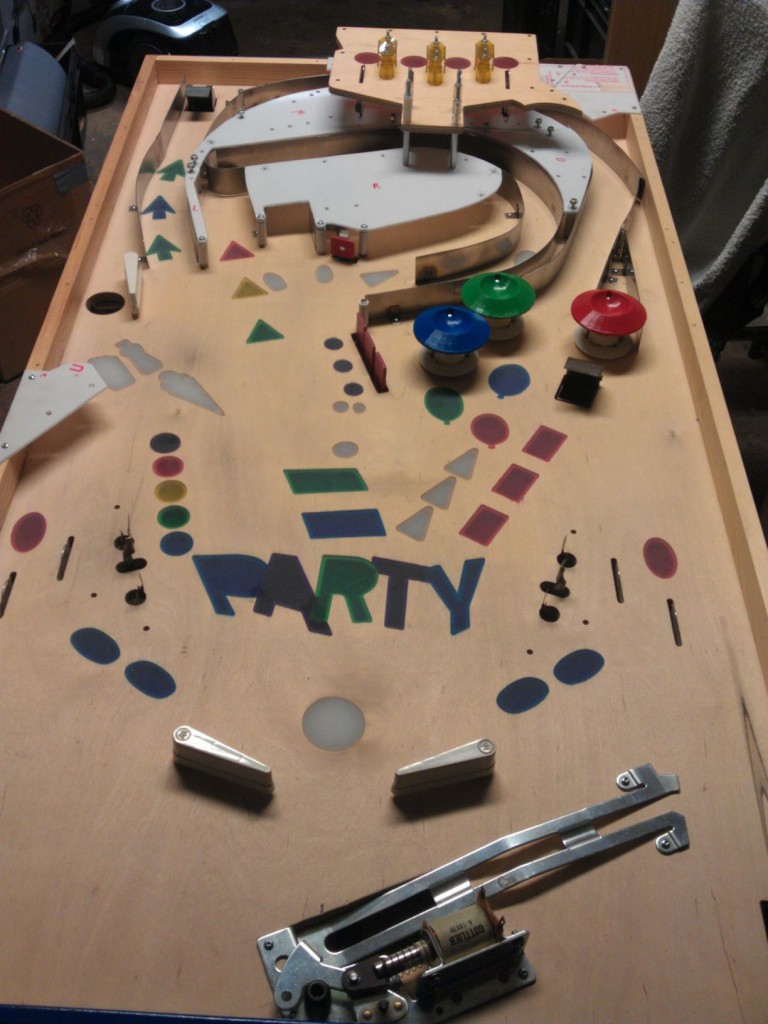 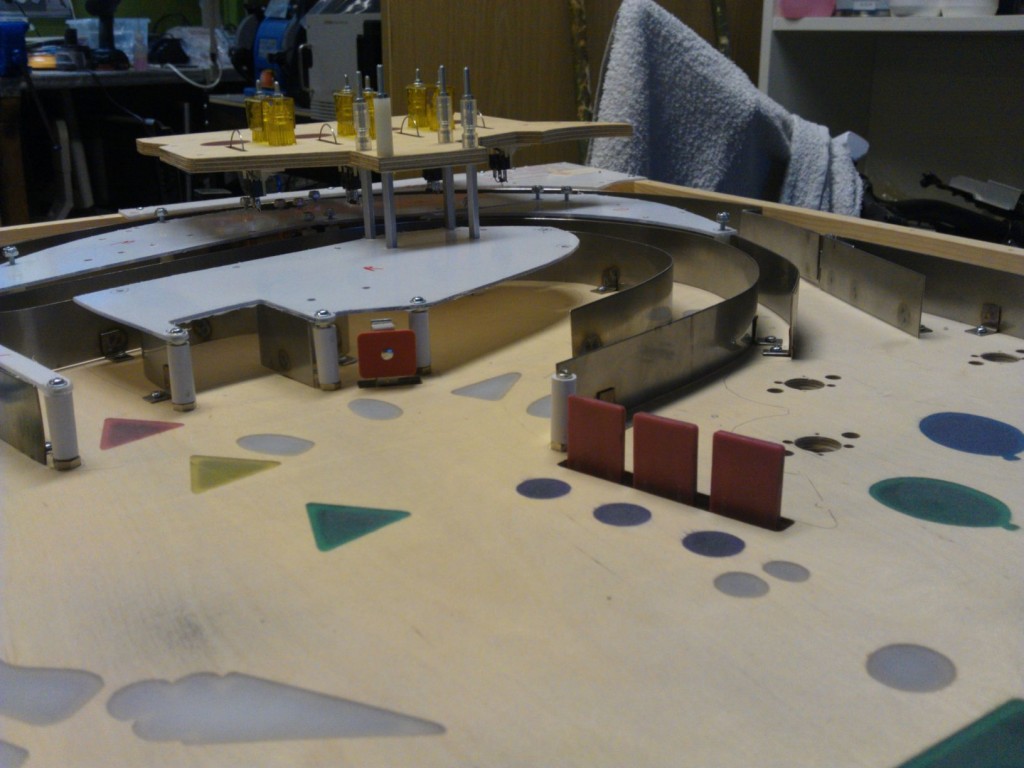 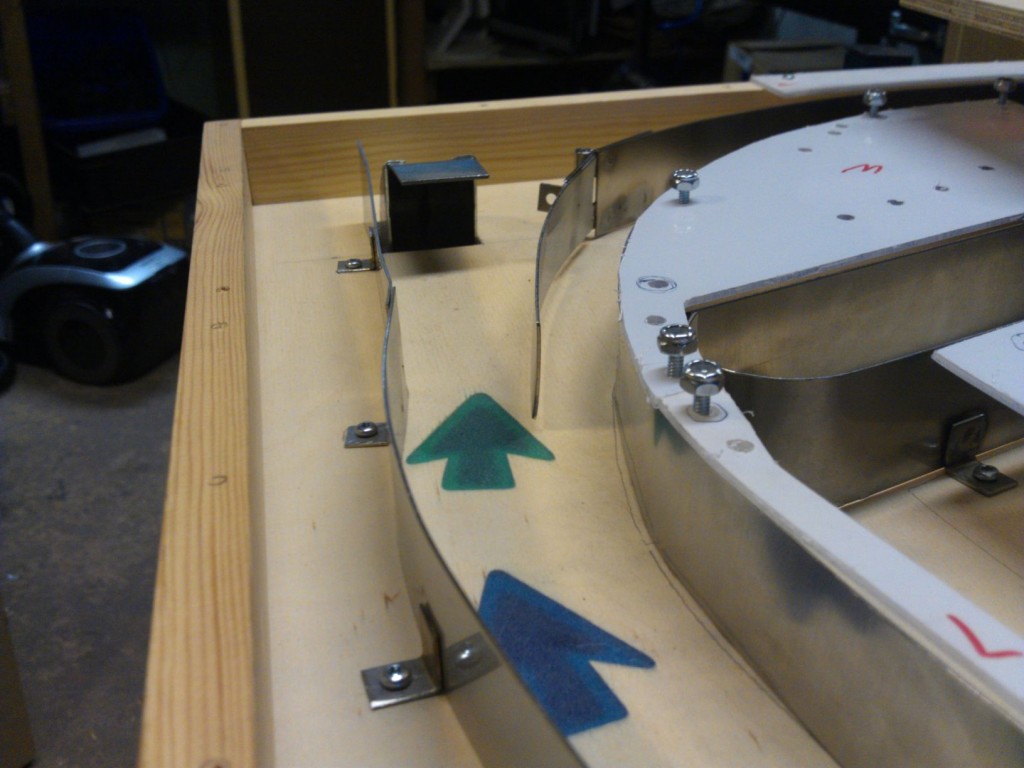 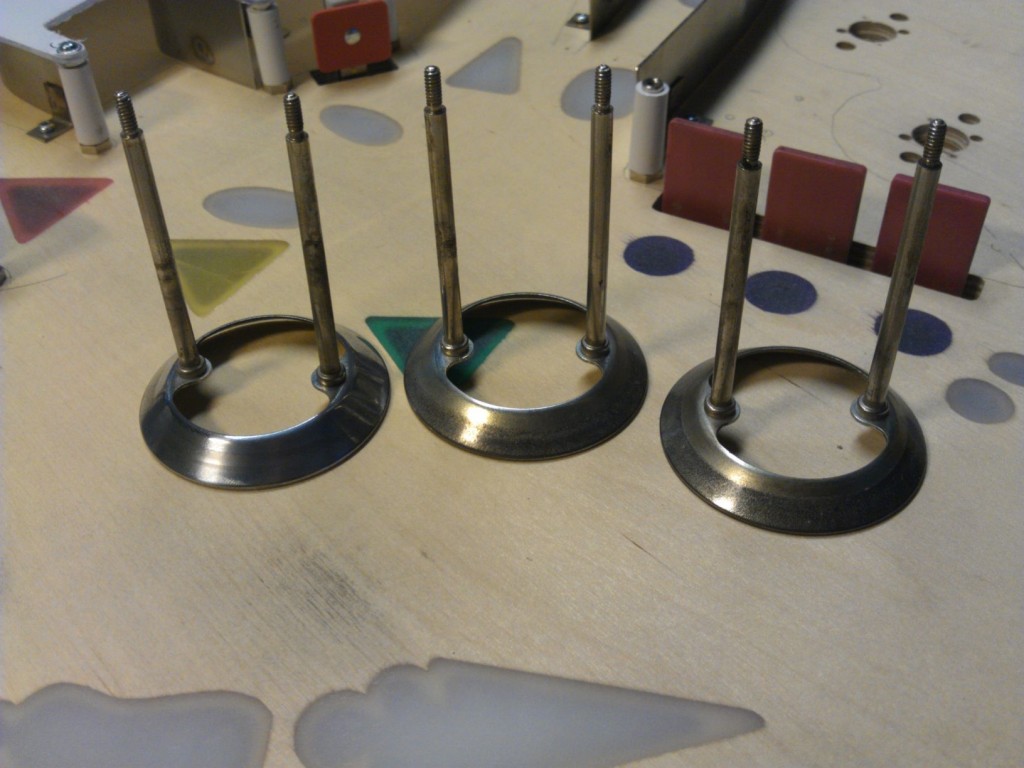 Doing some polishing work on the bumper rings, the left one is polished on the picture. 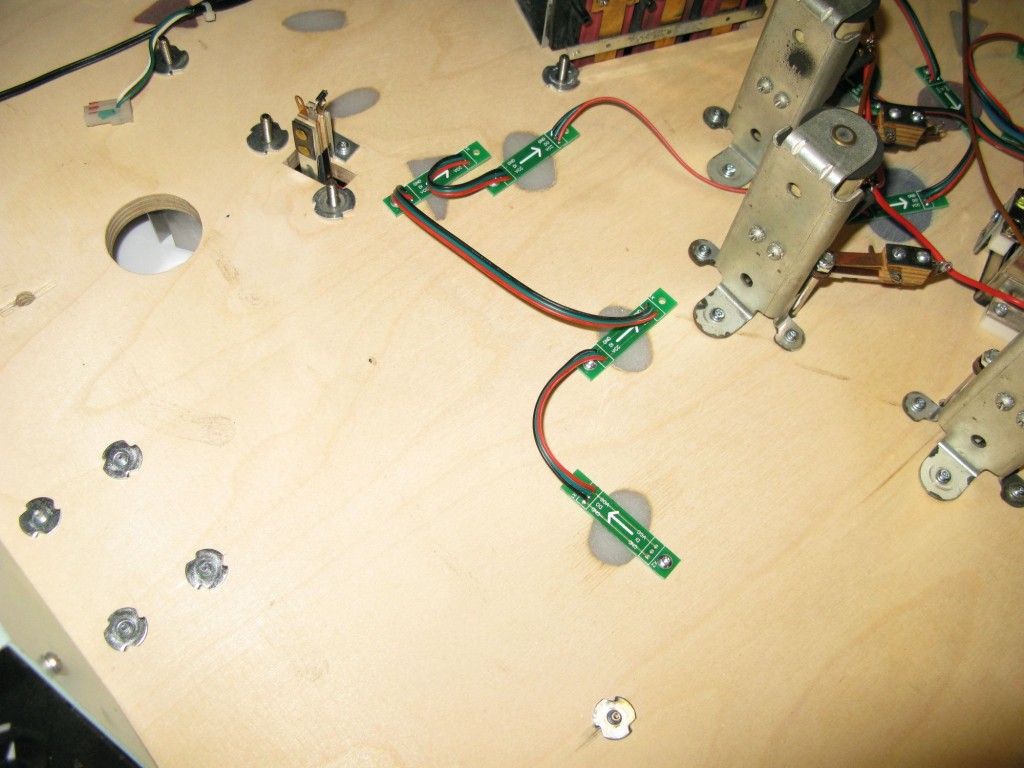 I designed a small led-board in diptrace, and had them manufactured by iteadstudio.
It’s really just a pcb for connecting cables to a WS2812B addressable led. 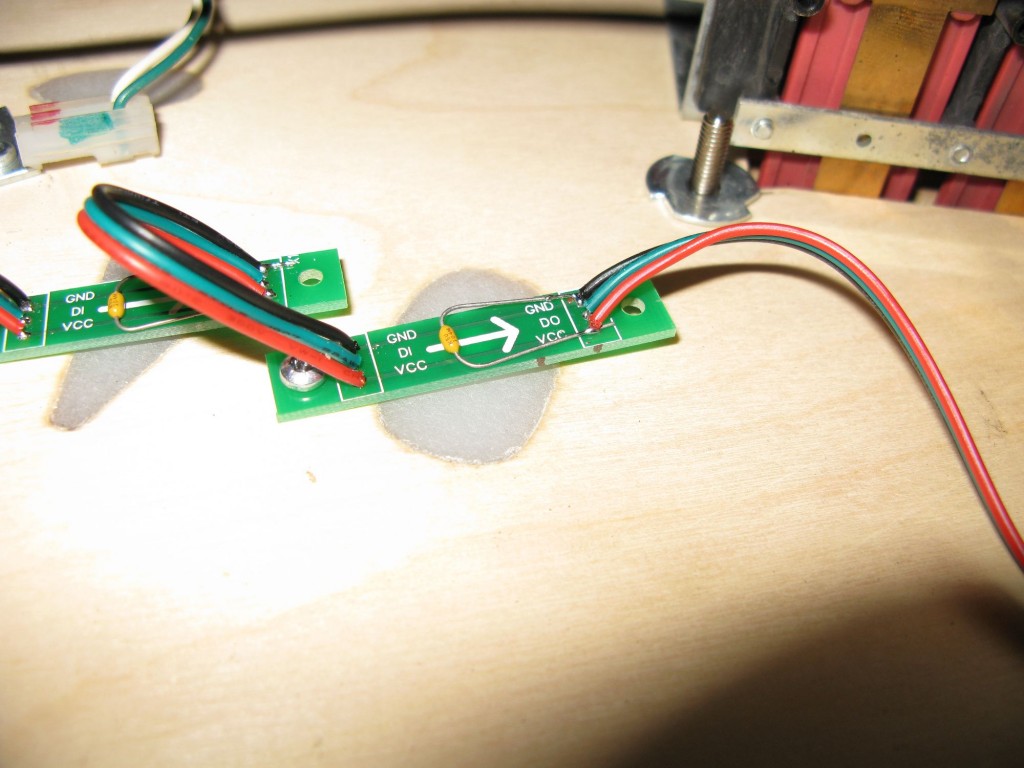 (Oops, I forgot the capacitor) 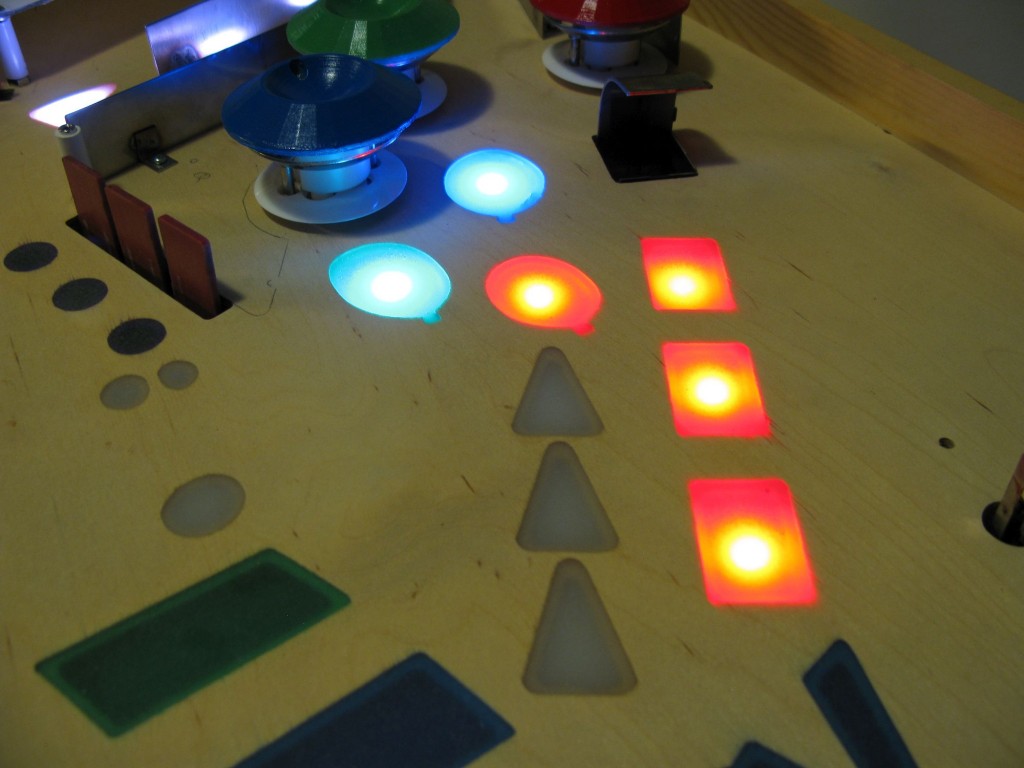 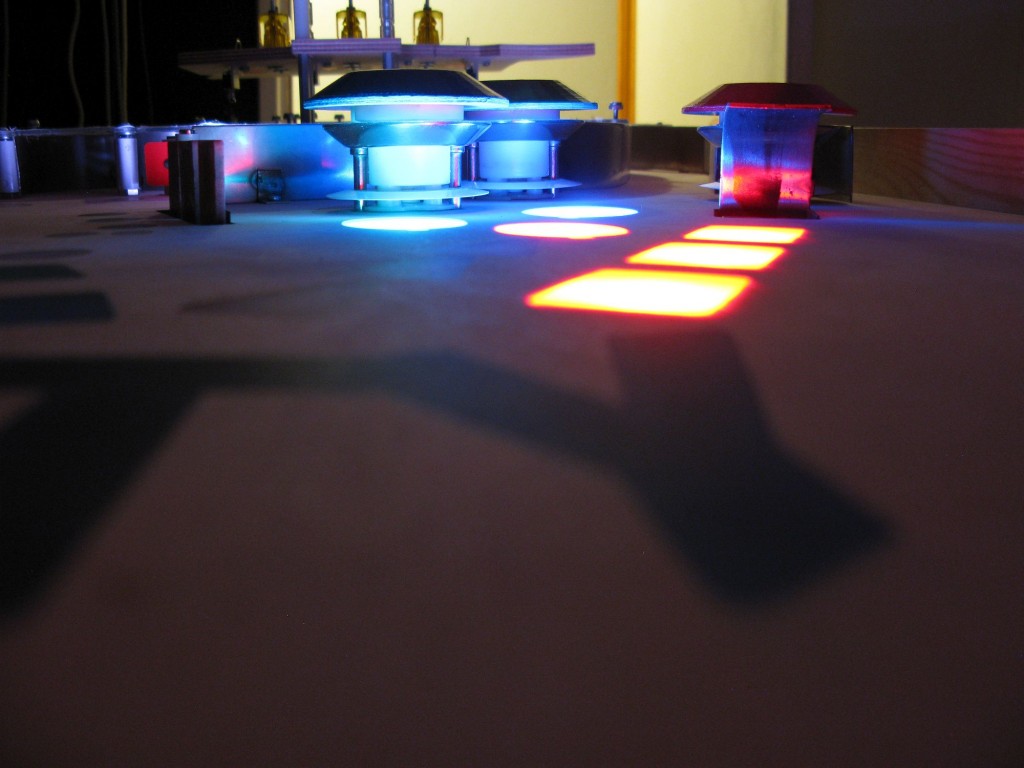 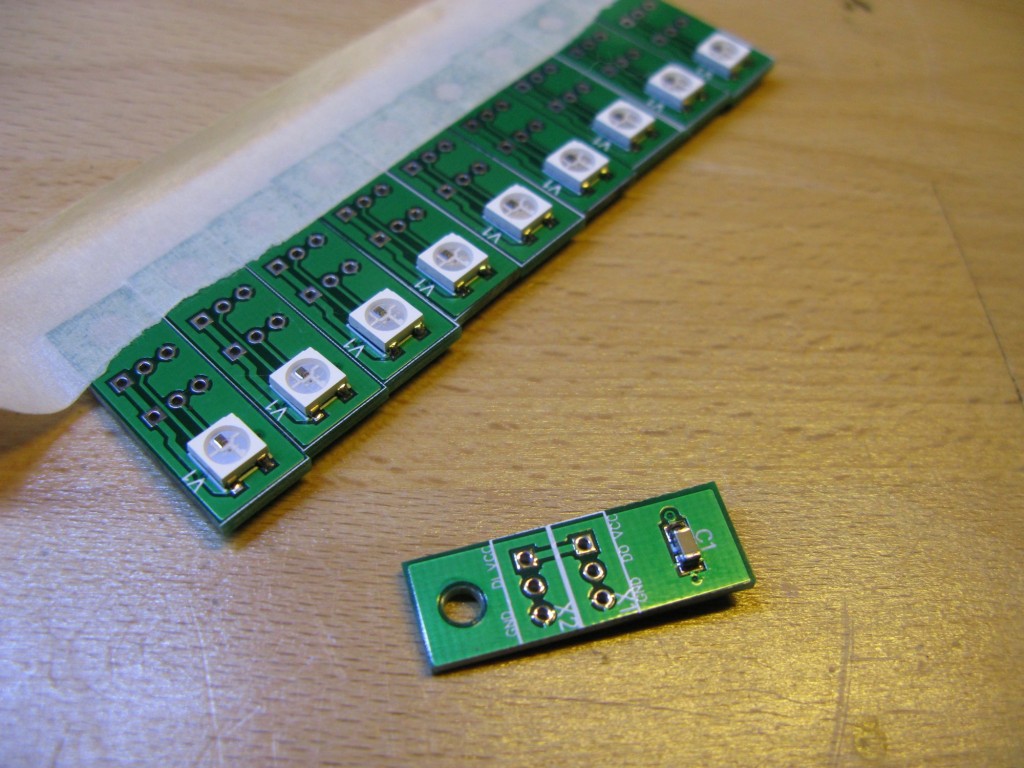 A new, corrected version, was sent to itead, and then the leds and capacitors(120nF) were soldered on. 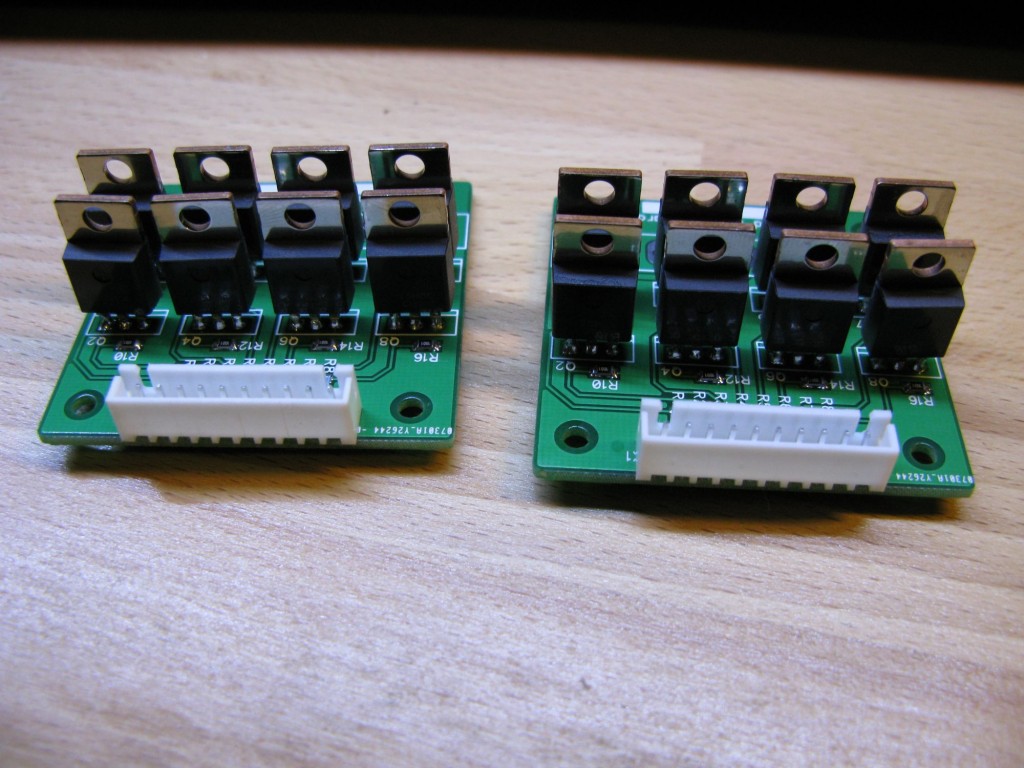 I also designed some solenoid drivers, they are just mosfets(currently 75N06) and some resistors. 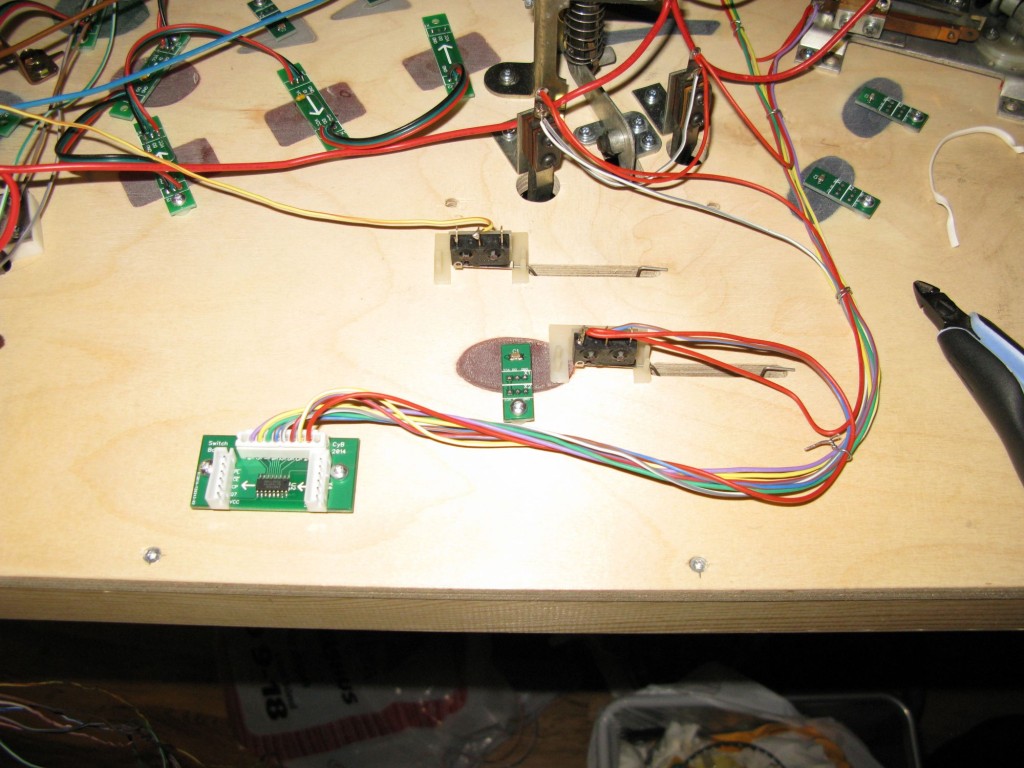 A parallel to serial shift register (74HC165) is used to read the switches. 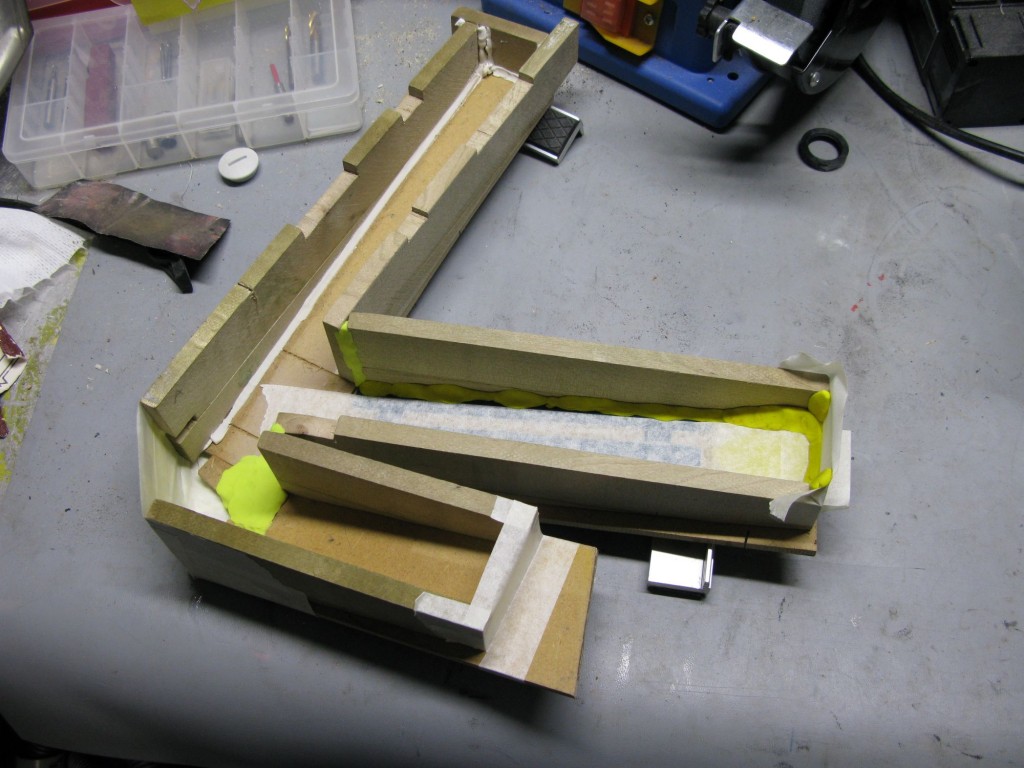 A box made out of wood, for casting a plaster mould for the Drop Zone-VUK-trough. 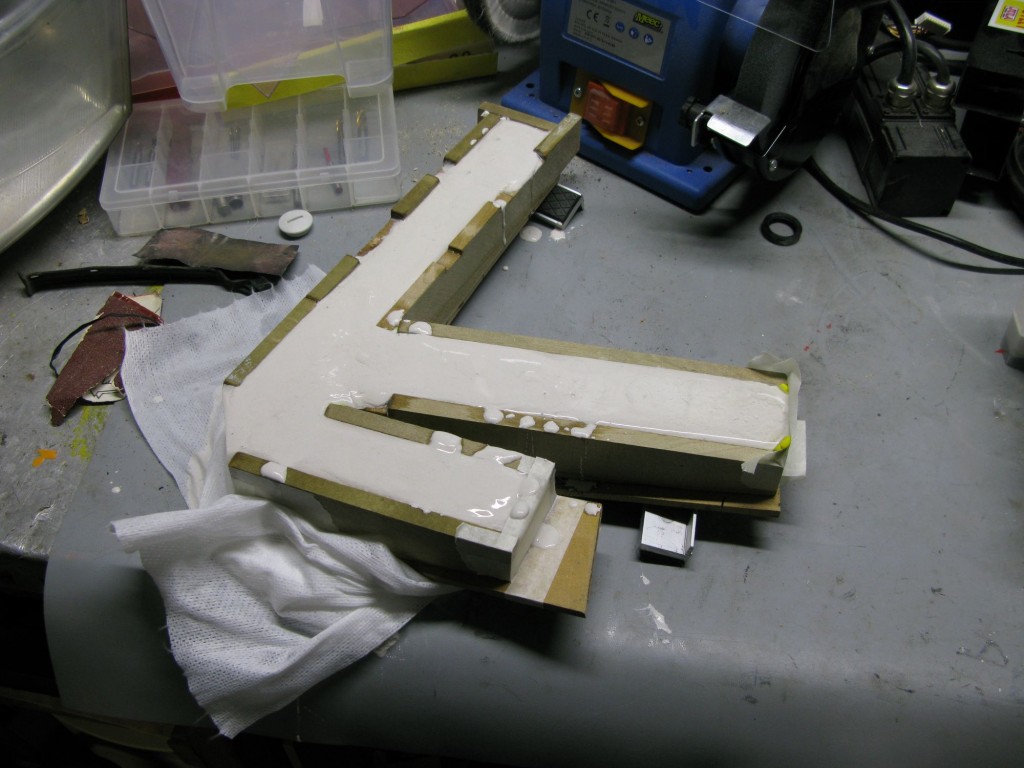 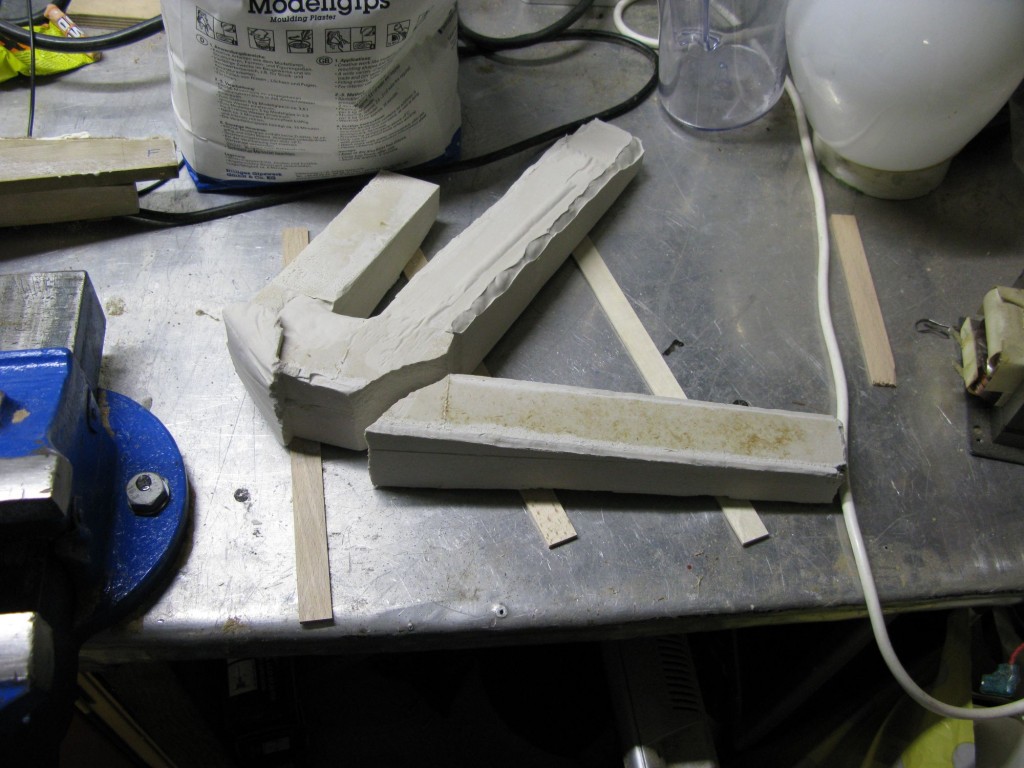 It broke when I was a little too forceful removing the wooden box, but it should still work.

The idea is to heat a sheet of plastic, and then vacuum form it over the mould. 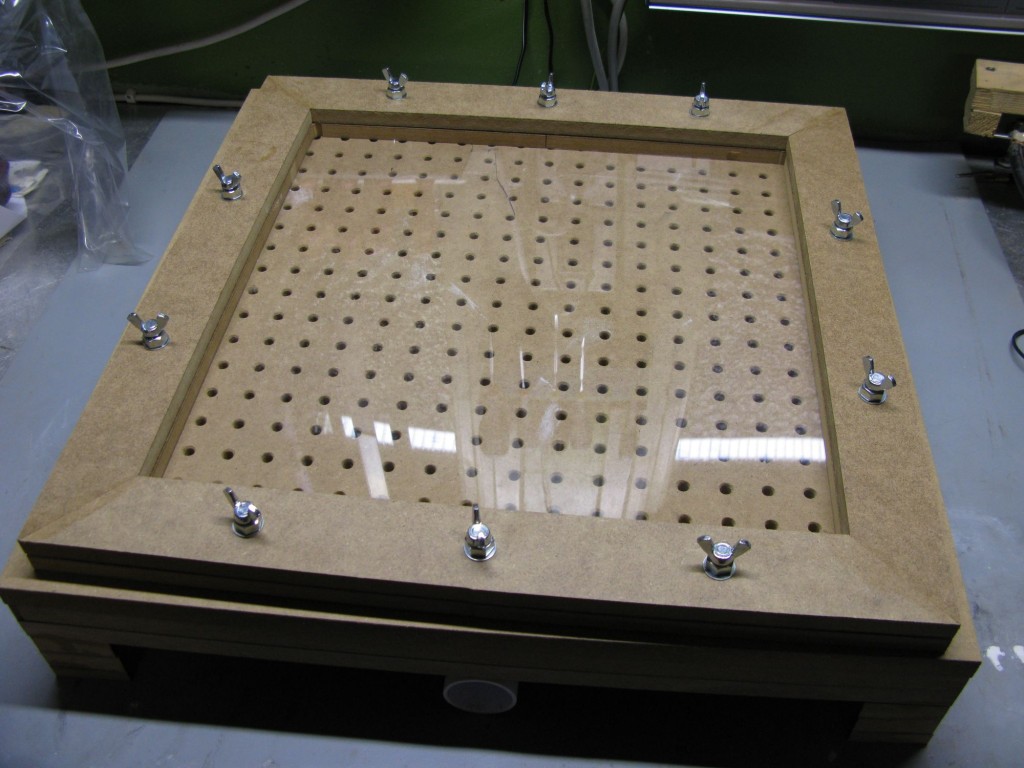 Built a frame for holding 2mm polycarbonate-sheets.
It’s two frames made out of 12mm MDF, held together with some wing-screws.

The vacuum table is three layers of MDF, where the bottom has a hole in the middle for the vacuum, the middle is a frame, and the top is filled with 256 holes 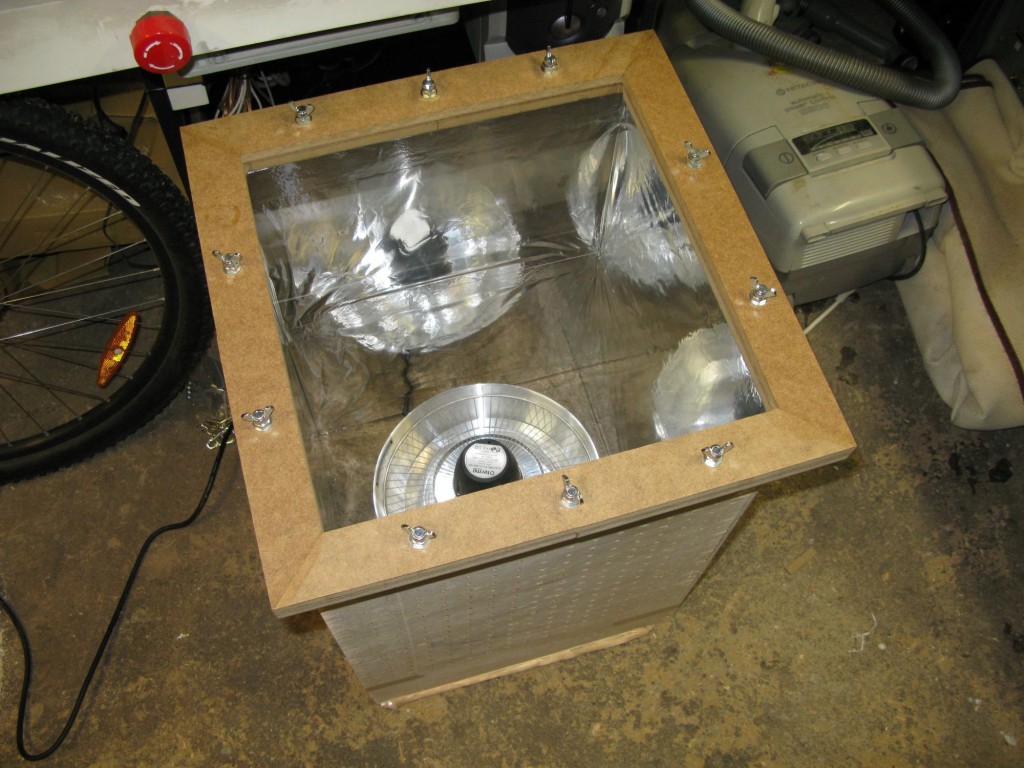 Heating with a patio heater. 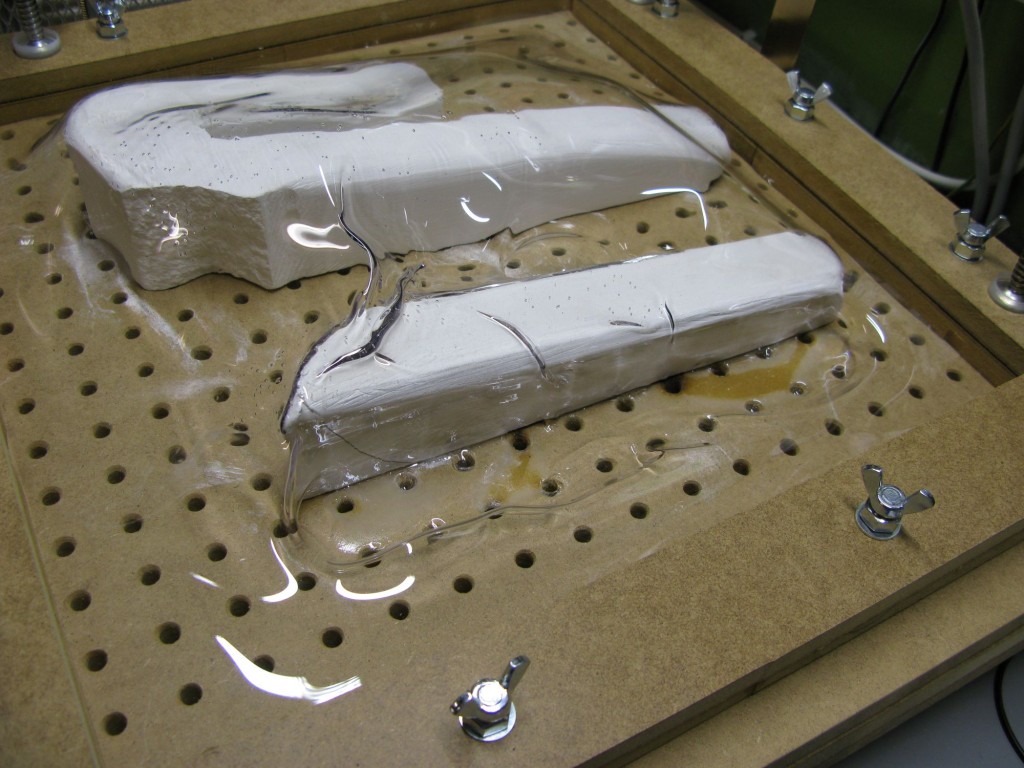 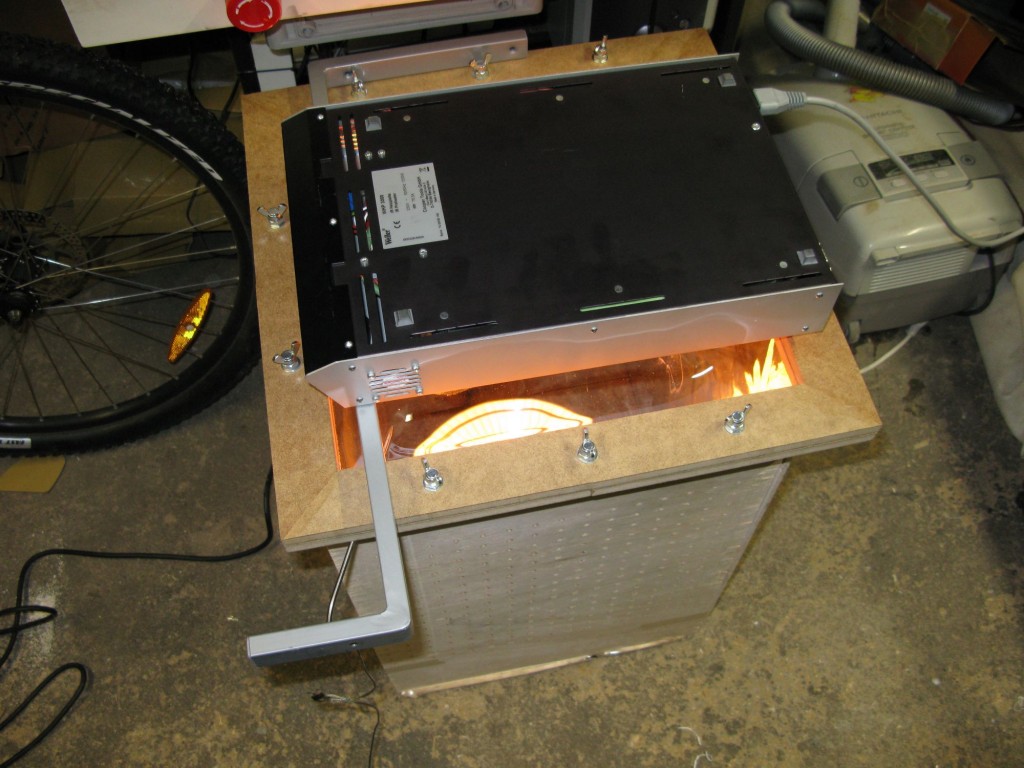 So I abandoned the vacuum forming (at least for now, I am going to need to vacuum form the cyclone and skyride ramp later on, but one problem at a time) 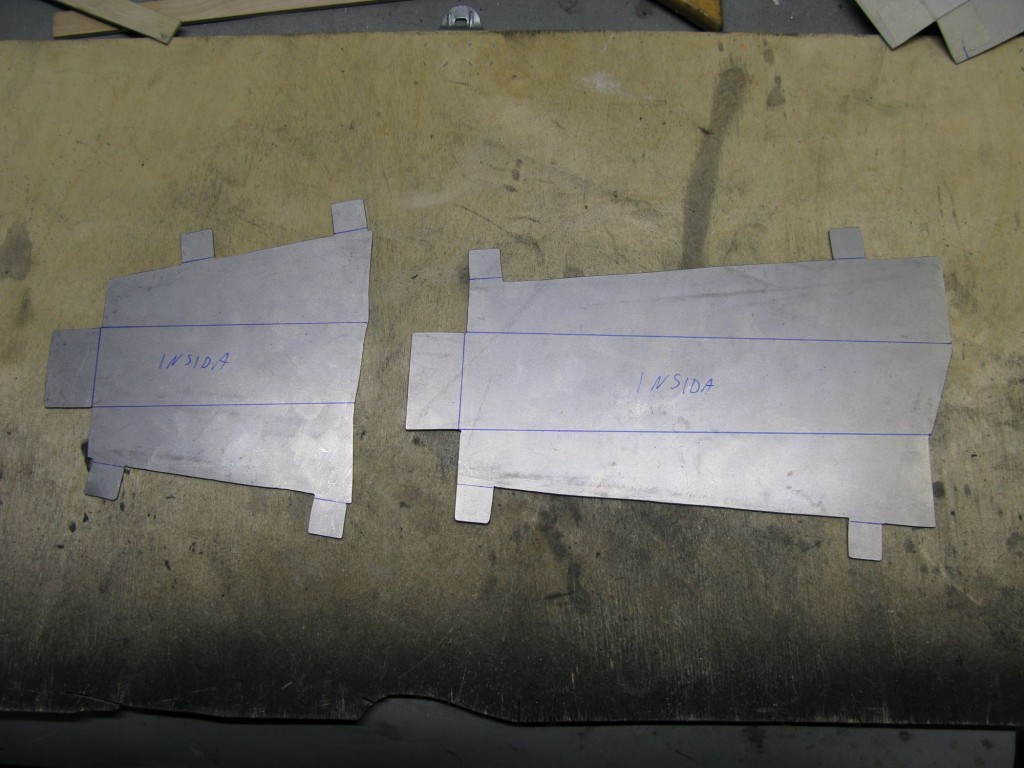 So I bought some steel sheet and cut out some troughs instead. 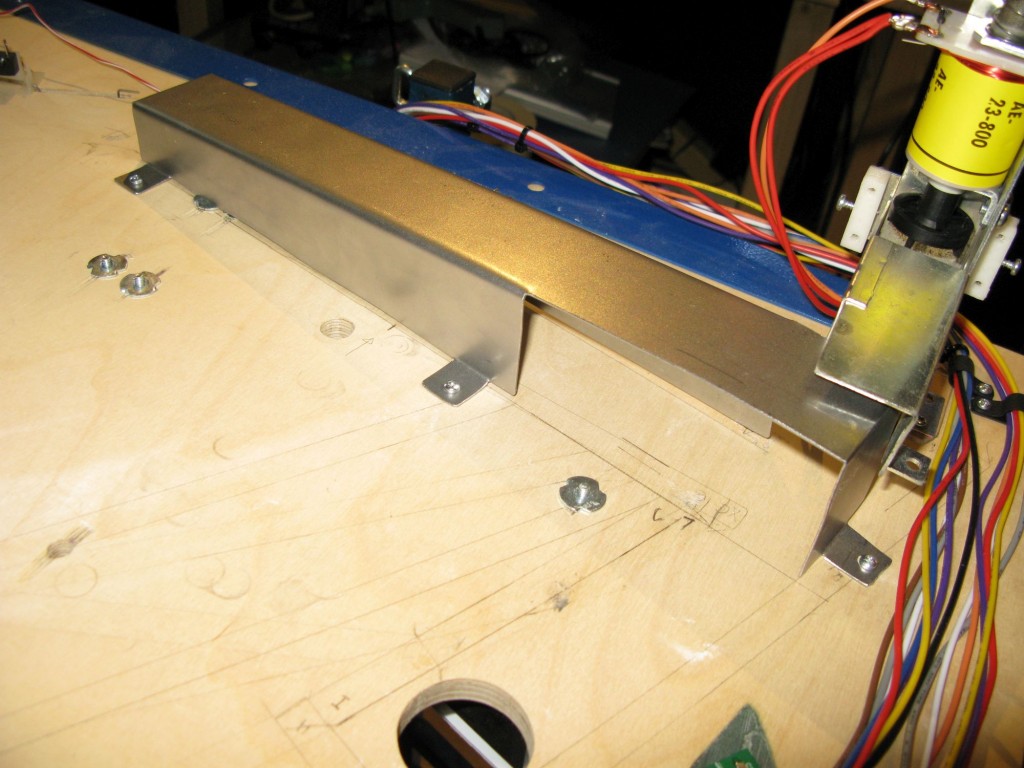 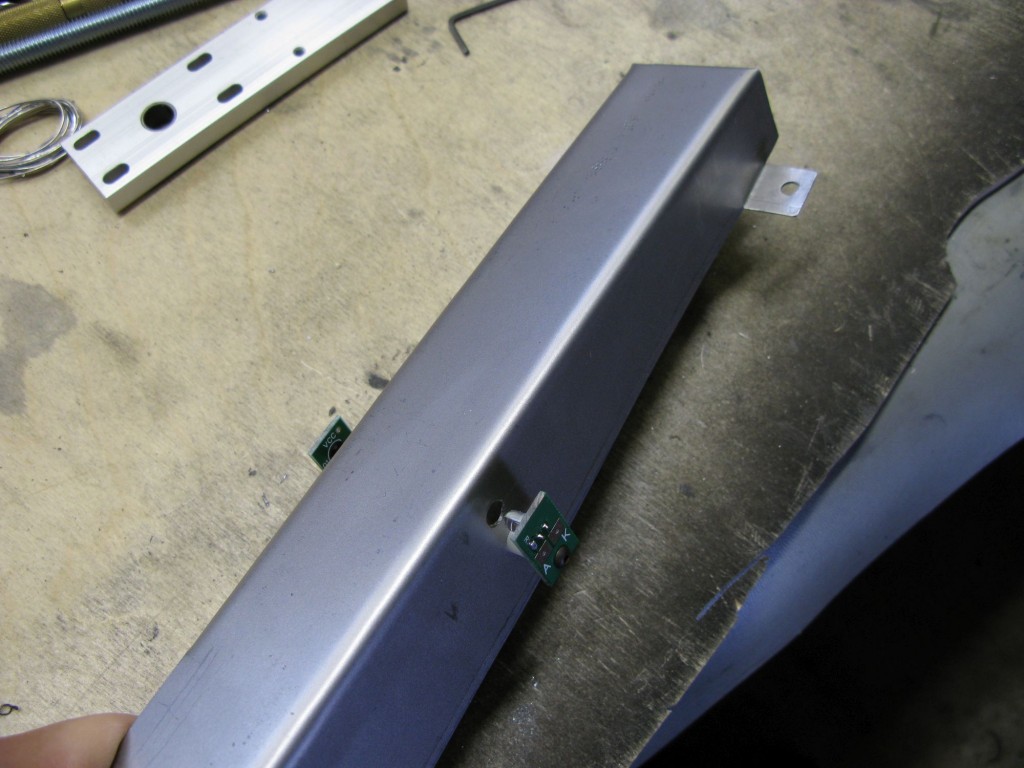 Drilling some holes for opto switches. 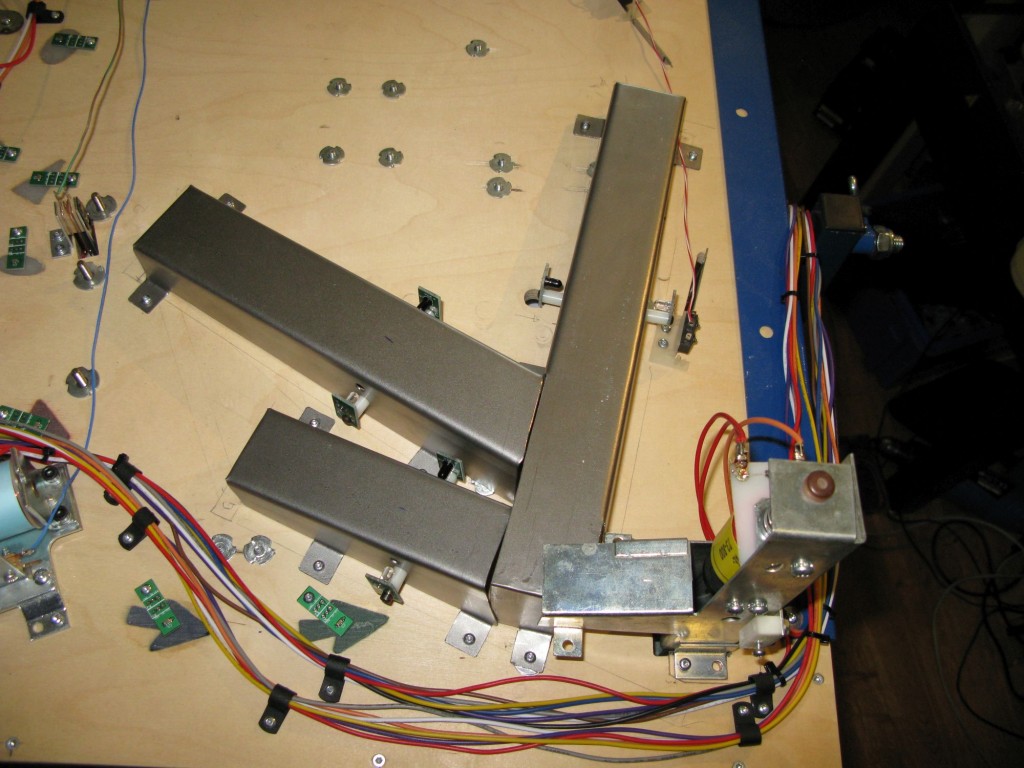 Mounted on the playfield… 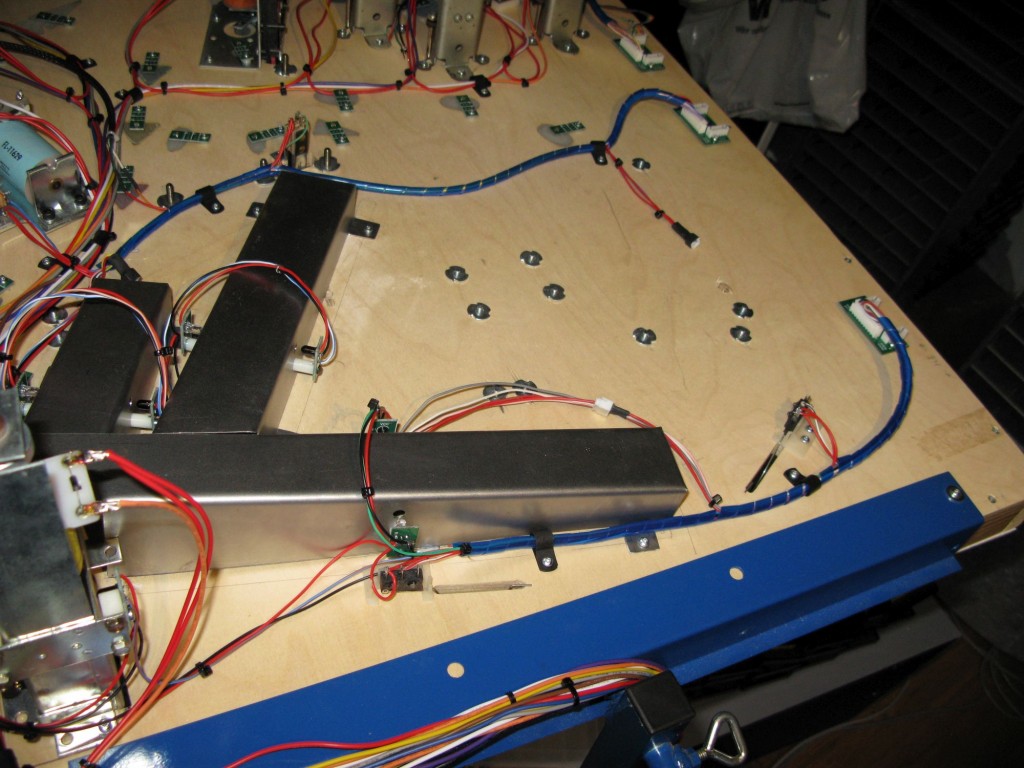 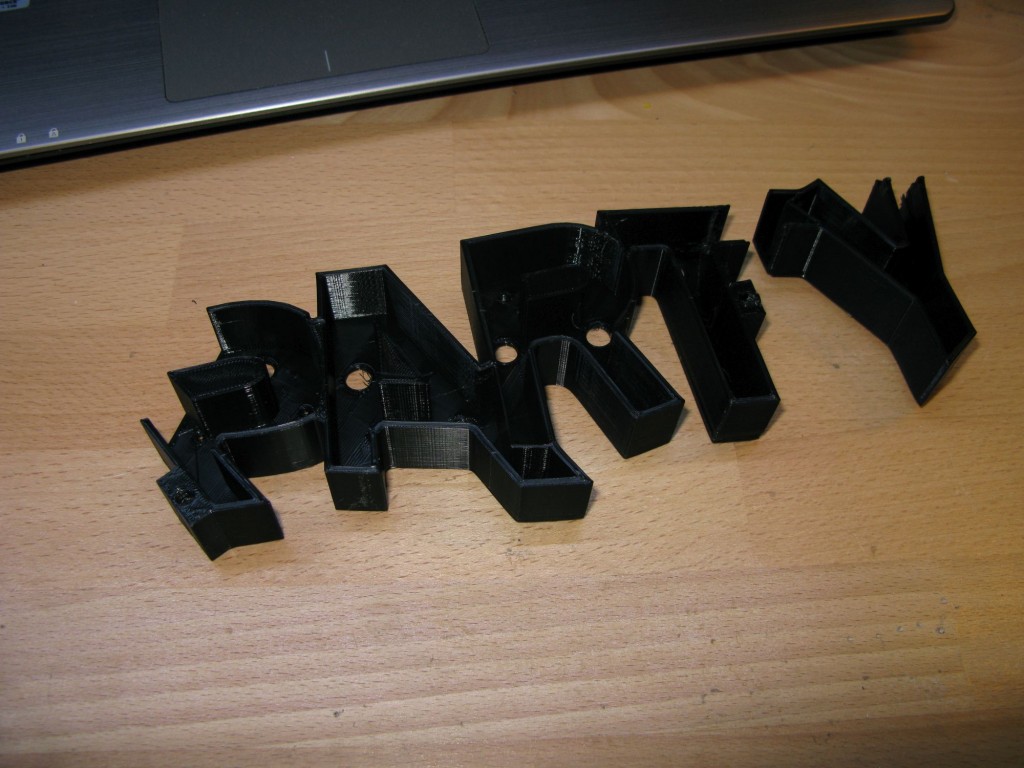 Printed a light guide for the P,A,R,T and Y letters. 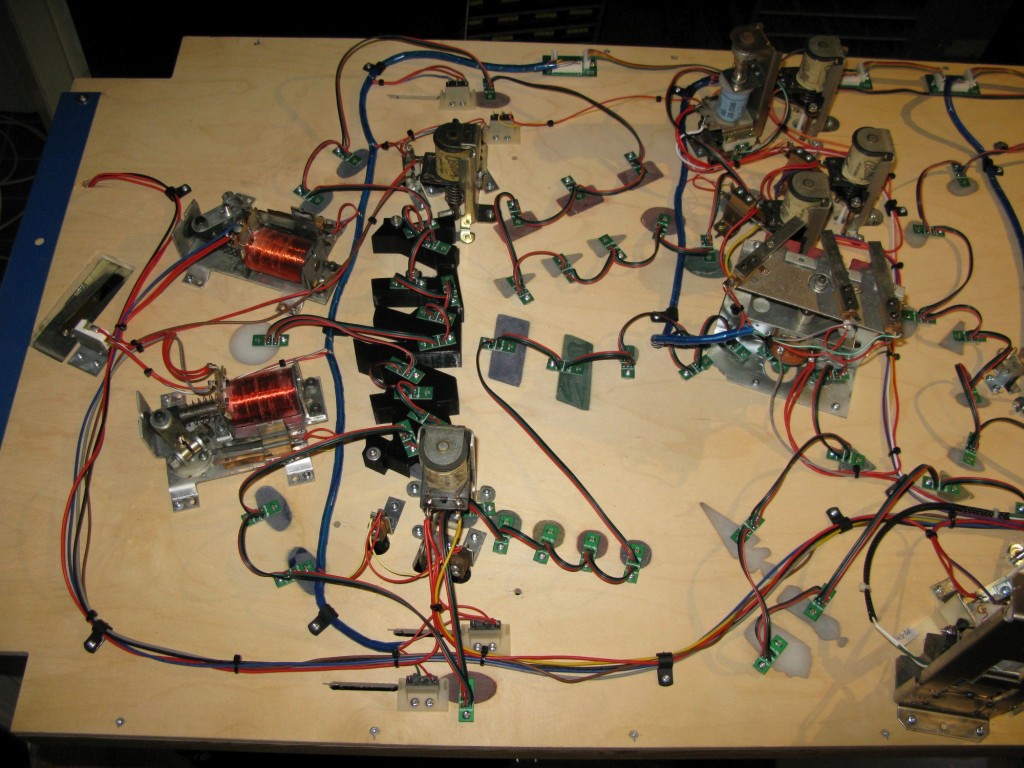 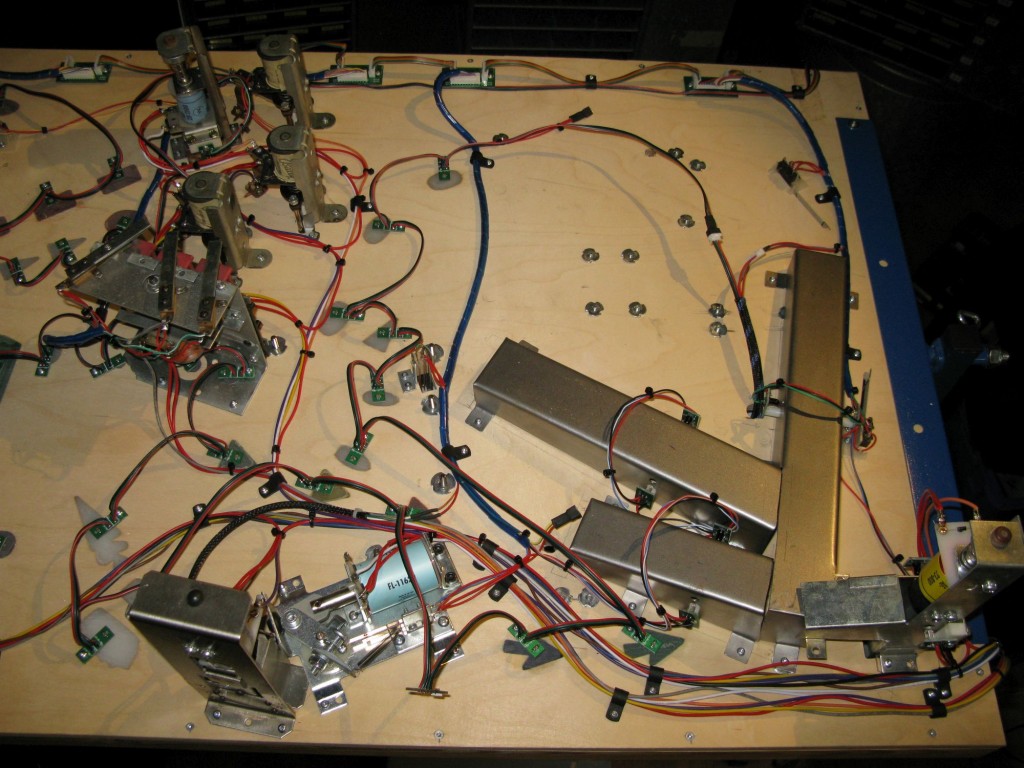 And this is how the playfiled looks now.
Most of the stuff is wired up, and the main issue now is the programming.
I have a thought of running most of the code on a Arduino Mega 2560, we’ll see how well that works

And here is a little video of the attract-sequence:

Iconic One Theme | Powered by Wordpress